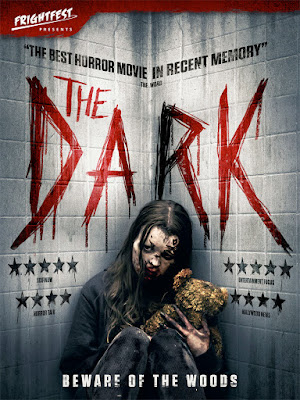 FrightFest Presents has announced they will be releasing Justin P. Lange and Klemens Hufnagl’s "The Dark" in the UK in time for the Halloween season. The film will hit DVD and Digital October 22nd. It stars Nadia Alexander, Toby Nichols, and Karl Markovics.

An undead young woman, Mina, stalks the ‘Devil’s Den’ woods where she was killed. If anyone enters the woods, she kills them and feasts on the body. But when she stumbles upon a young blind boy named Alex in the back of a car, who shows signs of horrifying abuse, she can’t bring herself to kill him. As police and locals close in, searching for Alex, Mina’s growing relationship with him changes her in ways she never thought possible.