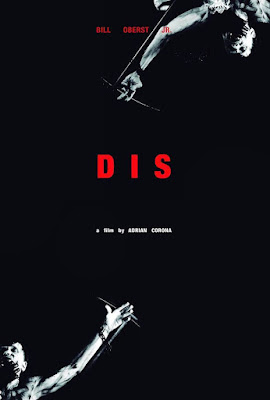 The 2017 horror film "Dis" has been picked up by Unearthed Films for distribution. The film, directed by Adrian Corona is an indie fan fave and stars Bill Oberst Jr., Lori Jo Hendrix, Peter Gonzales Falcon, Manuel Dominguez, Anne Voitsekhova and Marilu Aldana. Check out the trailer below. More details as to release date and other goodies should come out soon!

An ex-soldier with a criminal past takes refuge in the woods. A demonic figure seeks the seed of killers and the blood of the damned to feed his mandrake garden. DIS is an infernal descent into the root of the mandrake legend and a man who wanders too close to that legend and the unnameable.