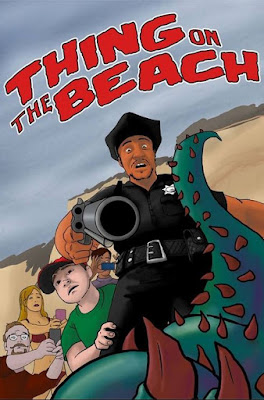 
THING on the Beach is a short monster movie shot from the point of view of The Monster, an other-worldly deep sea creature beached after a storm.