“The Day Of The Triffids” Movie News

Deadline is reporting that Mike Newell to direct The Day Of The Triffids, the adaptation of the classic Sci-fi book by John Wyndham that was scripted by Neil Cross for Ghost House Pictures. The story takes place as a celestial phenomenon takes place. After a comet shower blinds most of the worlds population, those with sight must battle alien plants, known as triffids, bent on destroying mankind. The films being produced by Ghost House Pictures, Mark Gordon, Don Murphy, and Michael Preger, and Murphys Angry Films partner Susan Montford will be executive producer. 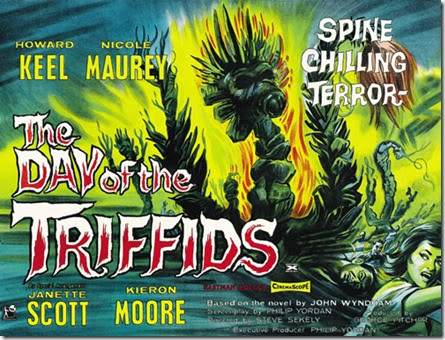