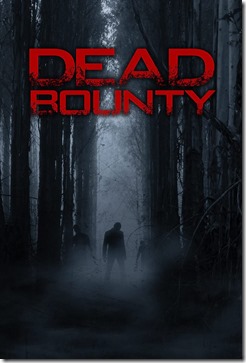 Check out the Facebook page for Indie flick “Dead Bounty”. The film comes from Lock it Down Productions, and is slated for 2014. Today on the movie’s fan page it was announced that the cast had been finalized. Here is the full cast members to star in this horror film- Tony Moran, Timothy Patrick Quill, Kati Salowsky, Chris O'Reilly, Alexandra Cipolla, Michaelah Noelle Nunes. This will be Jordan Pacheco’s second feature horror to his, soon to be released, supernatural thriller “Provoked”.  I first mentioned “Dead Bounty” as Tony Moran had signed on for the project. You can read that article here.

While on the search for a fleeing felon, a group of bounty hunters lead by "Bosk" (Tony Moran) and "Henry" (Timothy Patrick Quill) head into a vast New England forest in hopes to capture this dangerous man. Closing in on their quarry, the group encounters more than just a murderer on the run when they are confronted with a seemingly endless horde of the undead. With no shelter, no help and no end to the carnage, survival seems hopeless.
Posted by A Southern Horror Fan