Teaser Trailer Released For “A Resurrection” 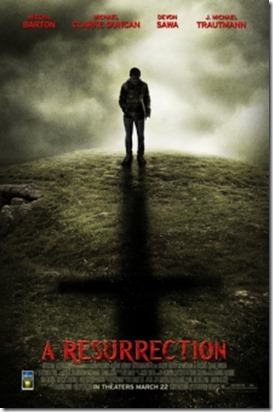 The teaser trailer has been released for Matt Orlando’s “A Resurrection”. The film stars Mischa Barton, Devon Sawa, Jonathan Michael Trautman and the late Michael Clarke Duncan. This is Duncan’s last film before passing away back in September of 2012. “A Resurrection” is scheduled to be released on March 22nd 2013.

A down to earth school psychologist tries to help a mentally ill student who actually believes his brother is coming back from the grave for revenge on the students who killed him.