“The Quiet Ones” In Post-Production 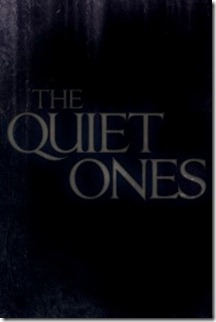 It has been awhile since we have heard anything from Hammer Films “The Quiet Ones”. Directed by John Progue and starring Jared Harris, Sam Claflin, Olivia Cooke and Erin Richards the supernatural horror flick has finally gone into post-production.

Inspired by true events, THE QUIET ONES tells the story of an unorthodox professor who uses controversial methods and leads his best students off the grid to take part in a dangerous experiment: to create a poltergeist. Based on the theory that paranormal activity is cause by human negative energy, the rogue scientists perform a series of tests on a young patient, pushing her to the edge of sanity. As frightening occurrences begin to take place with shocking and gruesome consequences, the group quickly realizes they have triggered a force more terrifying than they ever could have imagined.
Posted by A Southern Horror Fan