Check Out The New Trailer For “Slasher House” 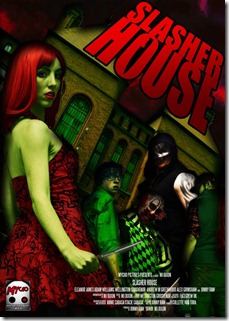 “Slasher House” has released a second trailer promoting this throwback to cult classic horror films from Mycho Pictures. This is the second feature film from the Indie company. The film first premiered back in 2010 but is still creating a buzz among fans. “Already dubbed as a future Cult Classic SLASHER HOUSE promises to deliver 'Action', 'Fear', 'Scares' and 'Slashers' like you have never seen them before. The golden age of horror has returned and its hungry for blood.”Check out the new trailer below.