Trailer And Poster Released For "Soldier Of War"

The trailer and poster has been released for nazi zombie horror "Soldier Of War". The film is directed by John Adams and stars John Rhys-Davies. It arrives on VOD March 3rd with a DVD following on April 9th via Uncork’d Entertainment. 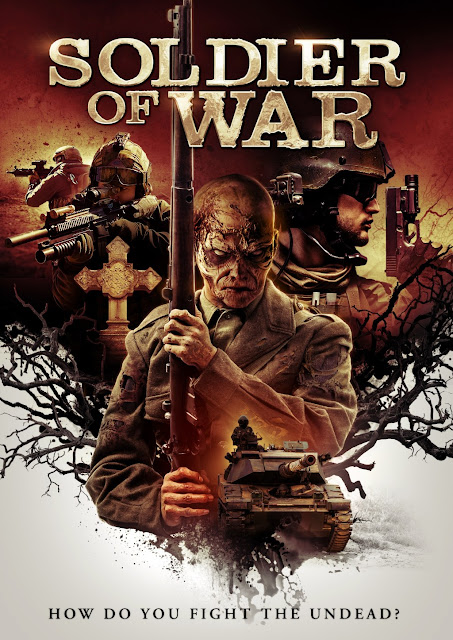 Deep in the forest, two boys discover the entrance to a secret military bunker hidden since World War II and inadvertently awaken an undead soldier, who embarks on a grotesque, ritualistic killing spree. A police investigation begins, but one by one the police and other locals are murdered. Only a World War II veteran holds the secret to stop the killings, but will anybody believe him?