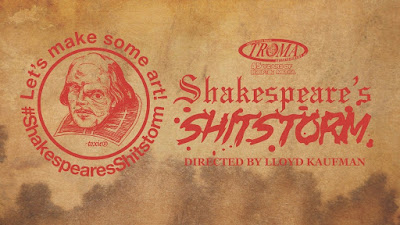 Troma has released a series of images and trailer for upcoming picture "Shakespeare Shitstorm". This time the Troma team headed by Lloyd Kaufman return to Shakespearean farce, first visited in Tromeo and Juliet, taking on The Tempest. Aside from directing in his last film, Kaufman stars, as does Troma alum Debbie Rochon.

Prospero, the brilliant and generous pharma scientist, had his life and career ruined by blind, greedy, perverted pharmaceutical execs, causing him and his very hot daughter Miranda to flee from NYC to Tromaville, New Jersey. When the evil execs and their elite guests take a celebratory luxury cruise to North Korea, Prospero uses his science, magic and a load of whale laxative to create the titular Shitstorm, wrecking the cruise ship and causing the execs to wash up in Tromaville. 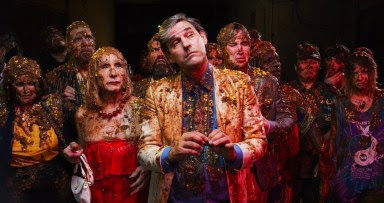