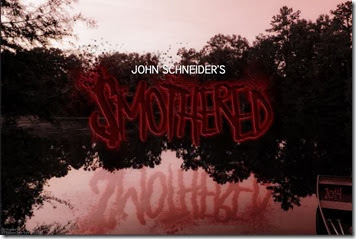 “Smothered” flips the classic horror set up were young sexed up girls are slaughtered by a masked madman by having some of the biggest horror slasher actors taken out by a bodacious vixen. The film will be completed and ready for release in 2014.