Sergio Stivaletti is the mastermind behind the wicked effects in cult classics “Demons” and “Demons 2” will direct new horror film “Nightfall”.  In collaboration with Grayson Pictures, Stivaletti will begin production in 2014 and take place in Rome. The film will follow two friends as they uncover a vampire conspiracy to enslave the human race.

Commenting on the joint venture, Sergio said, “I am very excited about this project, and I hope to bring something new to the genre.”

Stivaletti is a director and special effects guru, who has spent 30 years collaborating with Italy’s finest directors. He demonstrated his vision behind the camera in his directorial debut “Wax Mask” – an innovative re-imagining of the “House Of Wax”. He is currently attached to several projects including “The Profane Exhibit” and “The Book”. Check out the promo poster for the collaborative project below.

Grayson Pictures is an independent film distribution and production company, formed in 2010 with the intention of acquiring and distributing the best in genre films from around the world, for release in the UK. “Nightfall” will broaden the scope for Grayson Pictures as it makes its move into production. 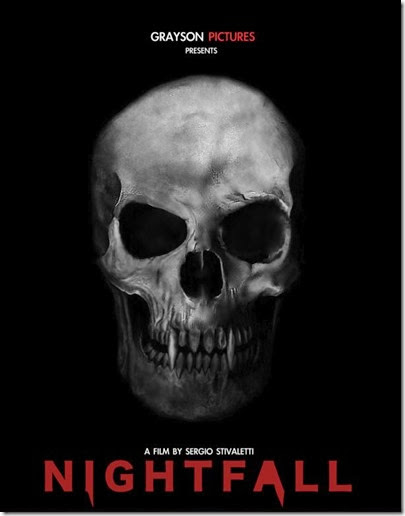