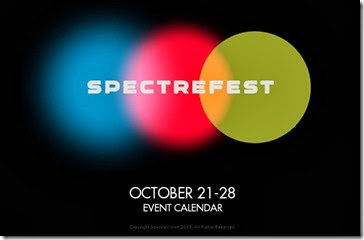 Elijah Wood has announced that his production company SpectreVision will be bringing a new film festival to cinema buffs in the L.A. area. SpectreFest will hold it’s first annual event on October 19th lasting until 31st. A 13 night celebration of horror and music. SpectreFest’s opening night event will be a screening of John Landis’ horror-comedy classic “An American Werewolf” in London held at the Hollywood Forever Cemetery, in conjunction with Cinespia. SpectreFest will also host screenings of E.L. Kat’s jet-black comedy “Cheap Thrills”, the Elijah Wood- and John Cusack-starrer “Grand Piano”, the Josh C. Waller-directed “Raze”, and Fritz Lang’s “Metropolis”, with a soundtrack provided by Chrome Canyon.

Wood’s partner in SpectreVision, Daniel Noah, told EW.co, that SpectreFest’s mission “is to provide an immersive, visceral experience beyond mere entertainment,” Daniel Noah said in a statement.  “Genre films, as well as cinema’s close cousin, music, can tweak our minds to show us new ways of interpreting the world we live in.  SpectreFest is an offering of some of the best of both from around the world.” (Read the full article here.)
Posted by A Southern Horror Fan