When Adam Cohen invites his best college friends, Jack and Amanda, to his  new Wyoming home for a week’s getaway to meet his new fiancé, Stephanie, the two couples get much more than the peace and solitude they were hoping for. Stephanie asks for help with her thesis film, a ‘found footage’ piece. The friends are going to play-act a traditional horror story: two ingénues are stalked and murdered by two crazed hillbillies. But who is stalking whom? How far are we willing to go for our art? How much will people take before they burst? Raw Cut explores the meta world between found footage and reality. What starts as a traditional horror film turns into something far darker, more suspenseful. How well do any of the friends really know each other? And who will survive the cut? 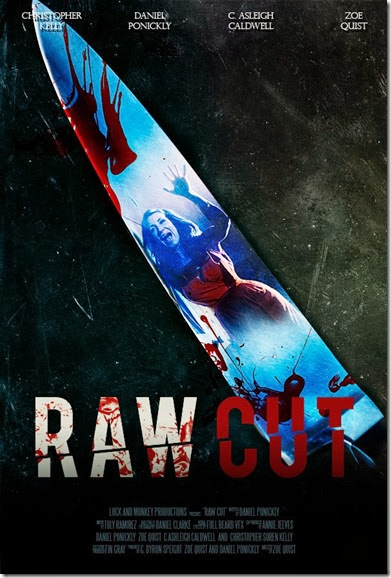