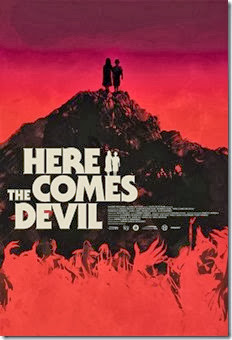 Barreiro and Caro are parents whose preteen son and daughter inexplicably reappear after being lost overnight on a desolate, cave-riddled mountainside after a casual hike became every parent’s nightmare.

The good luck and good fortune of their return soon changes, as the children’s behavior suggests ominous and unspeakable events the night the children were lost that continue even now. As a loving couple – and loving parents – try to care for and protect their children, the ancient and half-whispered legends around the caves and the mountain and those who have gone there before become too strange to believe … and too dangerous, no matter how insane, to ignore.