Trailer Released For “The Battery” 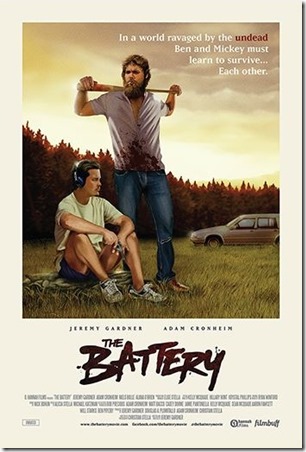 Check out the trailer for the Apocalyptic character study “The Battery”. The film focuses on two friends dealing with the zombie apocalypse and each other. “The Battery” was directed by Jeremy Gardner who stars along side Adam Cronheim, Niels Bolle and Larry Fessenden. The indie flick was made on a micro budget of 6,000.

In The Battery, the personalities of two former baseball players clash as they traverse the rural back roads of a post-plague New England teeming with the undead.