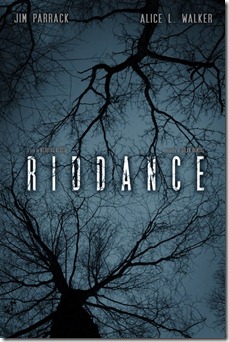 “Riddance” is a dark psychological thriller that stars ‘True Blood’ actor Jim Parrack. The first trailer for the film has been released hinting at the intensely haunting atmosphere of tragedy to unfold. It also stars Alice L. Walker and is directed by Nicholas Acosta. The production wrapped in December 2012. The story focuses on two people hiding away from the world in a cabin in the woods. But one of them has a secret that will affect them tragically before night's end.