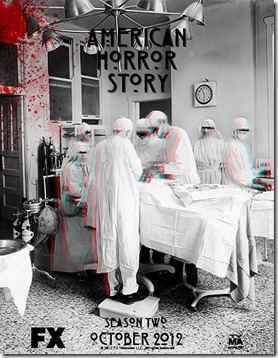 Season two of American Horror Story premieres in October. Unlike most series AHS has done something most shows would not dare. They have taken every thing about season one, the iconic house, a disintegrating family and a solid foundation that build up a strong fan base and tossed it out. Only a show this bold and twisted could do something like that and get away with it. It was an awesome move by the story’s creators because it allowed them to take that same dark and haunting tragic struggle endured in season one and apply it to a whole new setting filled with new tortured souls. Season two takes place at an Asylum on the East coast in the 60’s. A place ran by the character played by Jessica Lange who returns to the role. A 20 second teaser clip has been released to pump up fans in anticipation of the premiere. Check it out below. FX/AHS site!