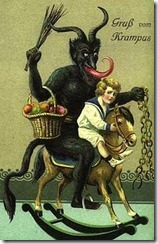 Fighting Owl Films is an Independent film company that seeks to put a little more fear in Christmas with “Night Of The Krampus” a short film about the nasty creature that traditionally accompanied St. Nick. Krampus was the demon-esque companion who was allowed to feed on the children that landed on the naughty list. Still to this day in the Alpine regions Krampus is celebrated during the Holiday season.  The creature has roots in Germanic folklore. Traditionally, young men dress up as the Krampus in Austria, southern Bavaria, South Tyrol, Hungary, Slovenia and Croatia during the first week of December, particularly on the evening of December 5, and roam the streets frightening children with rusty chains and bells. Krampus is featured on holiday greeting cards called Krampuskarten. There are many names for Krampus, as well as many regional variations in portrayal and celebration.


Fighting Owl Films “Night Of The Krampus” will feature Claire and Herb the two main characters featured in the Production company’s first feature film “The Night Shift”. Two supernatural investigators that will seek out the legend of the Krampus when all signs point that the creature is not myth just children begin to vanish during the weeks leading up to Christmas. There is currently a campaign on Indiegogo to help fund this Indie project. There you can find out about Fighting Owl’s goals and help see this project funded. Check out the poster for “Night Of The Krampus” and don’t forget to check out Fighting Owl’s Facebook Page as well. 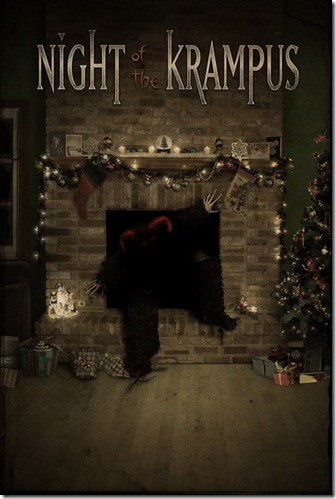