He Waits By JG Faherty 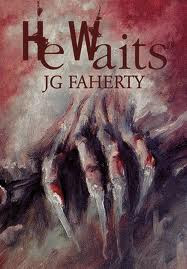 For more than 30 years, Ron Francis has been haunted by the death of his younger brother, Stu. Everyone believed Stu died when he fell into the old well, because that’s what Ron told them. But only Ron knows the real truth: Stu didn’t fall, he was dragged into the well by something with red eyes and sharp claws.

In 1980, Ron did nothing to save his brother. But when his own children suffer the same terrible fate, Ron puts his fear aside and ventures into the dark depths, determined to find them and rid the town of the evil plague living beneath it.

But down in those dark depths, Ron discovers something much more terrible than even his worst nightmares.

link to excerpt:
check it out at DarkFuse
Posted by A Southern Horror Fan