This show has me very confused and intrigued. What can it possibly be about? The possibilites are endless and I keep going over all the things that have come out of the Amazon and are still there to be discovered. Not to me it as a magical element to it so I am thinking it is kinda like Land Of The lost but with witch doctors and poisonous bugs instead of a wicked with and little people. Then I think that that could only go so far so maybe it is an amalgamation of every south american myth and legend about creation and mystical lands all rolled into one show. So each week could either be very mind boggling or deeply confusing.
Definitely gonna dvr a few episodes to check it out. I think that day and time slot is already committed to few other shows so I can’t watch it right off! 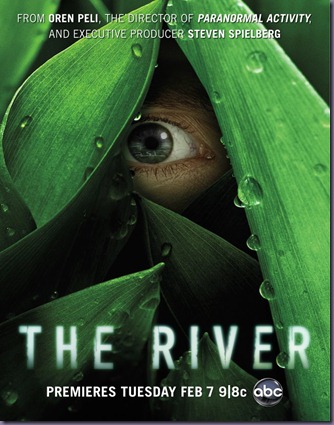 The creators of Paranormal Activity join forces with DreamWorks and Michael Green (Heroes, Kings) for a riveting new thriller that takes you deep into the unknown, where the only thing darker than family secrets is the mystery at the heart of the Amazon – mystery that may just have you believe there's magic out there.
Famed explorer Dr. Emmet Cole (Bruce Greenwood) went looking for magic deep in the uncharted Amazon and never returned. Now, the shocking truth about his disappearance is out there, somewhere, just waiting to be discovered. To the millions of kids who grew up watching his nature show, Dr. Cole was a hero. To his own son Lincoln (Joe Anderson), he was more of an enigma. Now, six months after he vanished, Lincoln is finally ready to bury the past when Dr. Cole's cagey ex-producer Clark (Paul Blackthorne) film the mission documentary-style. The mixed crew of old friends and new acquaintances includes the sexy and resourceful Lena (Eloise Mumford), loyal mechanic Emilio (Daniel Zacapa) and lethal bodyguard Captain Kurt Brynildson (Thomas Kretschmann).
Once they find The Magus, the real adventure begins. In the search for Dr. Cole, they will encounter a scary new mystery each week, while struggling with their own personal jealousies, insecurities, secrets and desires. As they venture further into the Amazon, away from the world they know, the crew of The Magus will discover a place where one bad decision can be fatal, and where powerful magic is as real as science.