I swear I just watched this 2 nights ago on either IFC or Shotime Latin! Anyway this is an American redo of the film much how we seem to fuck with a lot of shit other countries put out but apparently we are too stupid to relate to culturally so we do it over. I didn’t think that this movie should be redone I quite enjoyed it subtitled. The intensity was sooo much –hhuuuhh! Anyway I stayed tense the whole time I watched!
Anyway the original was by Gustavo Hernández and released in 2010. Below is the trailer for the American redo for 2012! 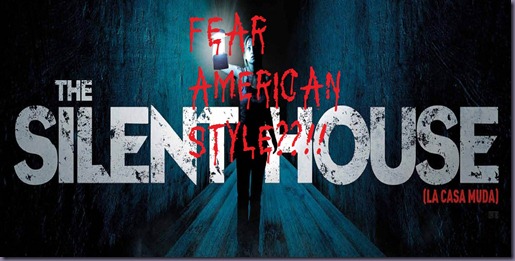 Sarah is a young woman who finds herself sealed inside her family’s secluded lake house. With no contact to the outside world, and no way out, panic turns to terror to terror as events become increasingly ominous in and around the house.