Probably the coolest Zomedy film to come out in awhile….at least since “Shaun of the Dead”.
The film is a romatic comedy directed by Casey Walker. This is from the Canadian masterminds behind Evil Dead Musical. It is written by Christopher Bond and Trevor Martin. 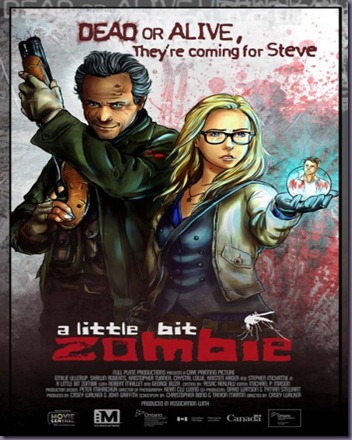 “Infected by a virus during his bachelor party, a mild mannered HR manager attempts to fulfill his overwhelming desire for brains and avoid Max, the obsessed Zombie Hunter hot on his trail. All while keeping it together so as not to incur the wrath of his Bridezilla-to-be.