“The House On The Edge Of The Park II”


Coming in 2012 from North Bank Entertainment. This pic is a sequel to the 1980 cult classic film. Directed by Ruggero Deodato  the director of the infamous horror classic 'Cannibal Holocaust' comes a new vision in terror.This film is still in development. 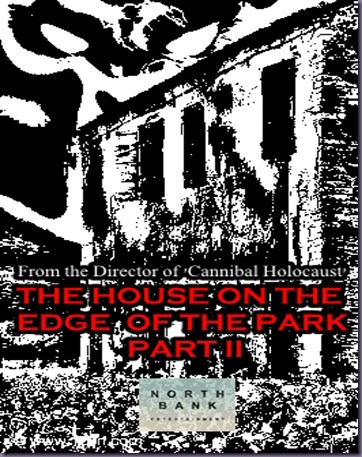 Over 30 years ago, the original cult classic unsettled audiences all over the world and caused a scandal in the UK where it was banned as a "video nasty". Now, Ruggero Deodato and Giovanni Lombardo Radice return to the House on the Edge of the Park for another night that pushes the limits of acceptability and delivers shocks to the maximum.
Website
Posted by A Southern Horror Fan