The Fields By Ty Schwamberger


Welcome to The Fields… 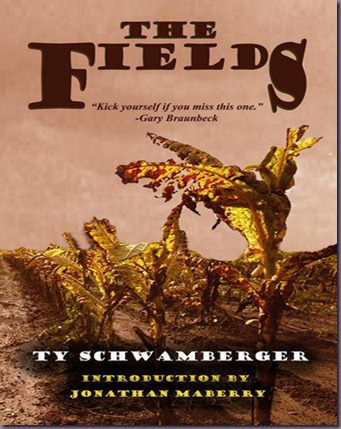 Billy Fletcher learned to farm the family's tobacco fields--and beat slaves--by the hands of his father. Now, his father is dead, the slaves have long since been freed, and the once-lush fields are dying. Salvation by the name of Abraham knocks on the farmhouse door, bringing wild ideas. He can help Billy save the plantation and return the fields to their former glory... by raising his father's slaves from the dead.
Can the resurrected slaves breathe life back into the Fletcher farm? Having brought the slaves back from graves that his father sent them to, can Billy be the kind master his father wasn't? Is keeping the farm worth denying the men the freedom they earned with death?
Billy's conscience holds the key to those mysteries, but not the biggest one: what does Abraham really want from the former slave owner's son?
check it out here!
Posted by A Southern Horror Fan

Thanks for the plug!