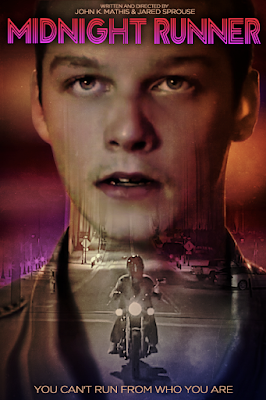 Crime thriller "Midnight Runner" is set for a digital release on major platforms June 14th. The film is directed by John Mathis, and Jared Sprouse. It stars Ben Weinswig (Polo Rainbow), Dawn O'Donoghue, Mekhai Lee, Tavis L. Baker and Noah Crandell. On the 14th, "Midnight Runner" will show on Prime Video and VuDu, then it will be followed up by release on iTunes, Tubi Tv, iFlix and several others.

The film focuses on Ian (Weinswig). He moves into a new neighbourhood, with his Aunt (O'Donoghue). Here, he meets a local gang leader, Kurdt (Lee). As Ian and Kurdt's lives collide, they both become intertwined with a local murder. Now, Ian has left one violent past, only to be caught up in a more dangerous present. Ian's relationship with Anna might be his only way out, of this criminal underworld.