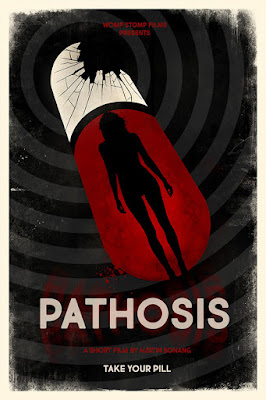 Womp Stomp Films has started the crowd funding campaign for indie film "Pathosis". The film is the follow up to Womp Stomp Film’s “Never Hike Alone.” Austin Bonang has been tapped to direct. The campaign is set up on Indiegogo.

PATHOSIS follows the story of Sam, a young woman plagued by a mental disorder which forces her to struggle between fighting her disease and the troublesome side effects of her medication.