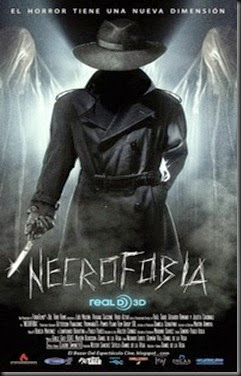 Check out the international trailer for “Necrophobia 3D”. The film hits Cannes later this year and deals with Dante, a tailor whose phobia prevents him from being in contact with death. Whenever he is in front of a dead body, he experiences a creepy feeling that makes him lose his mind. His illness is exacerbated when his twin brother dies, and he sees his 'own' face in a coffin. From this traumatic event the walls of reality crumble, and several close people are killed by someone who wants to incriminate him. Dante must solve the riddle of death, and thus discover a reality that is almost impossible.