Teaser Trailer Released For “The Shelter”


The first official teaser trailer has been released for thriller drama “The Shelter”. The film is directed by John Fallon and produced by JoBlo Movie Productions, with Bruise Productions. “The Shelter” stars Michael Pare, Rachel G. Whittle, Lauren Thomas and Amy Wickenheiser. The film is currently in post-production. 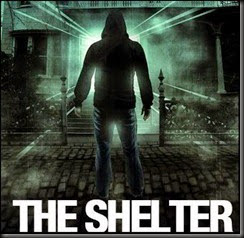 On a star filled night, widower and homeless man Thomas (Michael Pare) finds shelter for the night when he falls upon a vast two story house with the lights on and an inviting open front door. He strolls on in thinking he just caught a lucky break and for a while, it would appear as though he did. Inside, with nobody in sight, he finds all of the comforts that he used to have. After taking a bath, feasting wholeheartedly on some food and relishing the silliness on the tube, he gets some well-earned shut eye. All is well until a restless Thomas wakes up in a panic and finds a loaded revolver resting on his lap.

Baffled, he picks up the weapon, checks the barrel and notes that it is fully loaded. A visceral sense of unease invades him immediately. Something is very wrong and he decides that it is time to leave. Alas he finds out swiftly that the premises won’t let him depart so quickly. The doors are all locked, and the windows puzzlingly cannot be opened or broken. Destiny has brought Thomas to this place. Will he survive the ordeal?