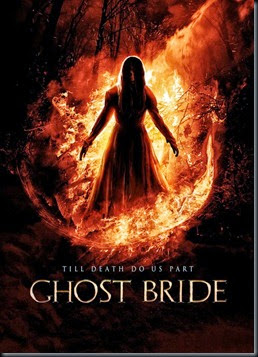 Check out the poster and trailer for paranormal horror “Ghost Bride”. The film will head for Cannes Film Festival later this year and follows young Chinese immigrant Jason Chen who becomes entangled with two women, a New Zealand beauty and the Chinese bride he is promised to. Held between the modern and the living, two worlds collide-living and the dead.