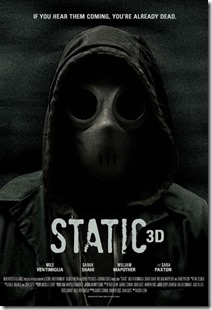 A couple finds their lives turned upside down when a panicked girl appears at their home in the middle of the night, with stories of masked intruders stalking her.  That night, the stalkers strike, sending the couple on a horrific game of cat and mouse, where they are forced to uncover shocking details from their past that may be the reason for the attack.