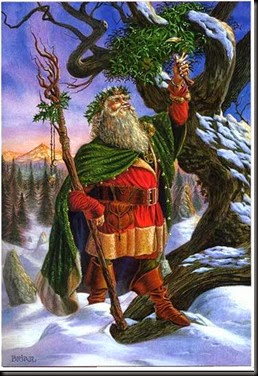 Christmas is upon us once more! Probably the most energized, magical and festive time of year. It is true that Yule has already been celebrated which is the traditional pagan Christmas day, and of course Saturnalia began and is still underway. However for the majority of us we also celebrate today’s Christmas holiday-leaving off the Christianized elements of course. Although, to be honest I do put out a nativity scene along with my holiday decorations. Christmas Day is just once traditionally special day that is blended in with my personal polytheistic beliefs. It is the official day that the sun is reborn and the light begins it’s journey once more to nourish the northern hemisphere once more.

Many modern Christmas customs have been directly influenced by such festivals, including gift-giving and merrymaking from the Roman Saturnalia, greenery, lights, and charity from the Roman New Year, and Yule logs and various foods from Germanic feasts. My favorite thing about Christmas day is the dinner that I and my partner cook for the whole family. The ham, which in pagan days would have been boar, is something that I look forward to the whole year. I limit myself from pig most of the year except on holidays. I also cook a turkey because in my own childhood my grandmother would cook both a ham and turkey because the family was so large- 7 children, spouses and over 20 grandkids-so the turkey is a staple for me on the Christmas day table. Next would be the holiday cards for the family that attend the feast- I mail the others out around Yule time. The last but just as amusing is the gift giving-primarily focused on the children, to see there faces light up is truly joyous!

So how ever you celebrate, I wish you all a Merry Christmas! 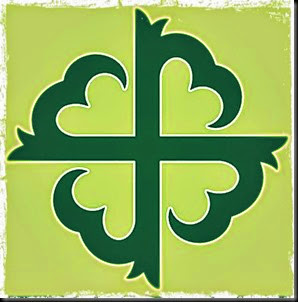 December 25th is also special in another ancient pagan culture, as the day the sun returns-which incidentally is the pre-Christian reason for celebrating Christmas. The Vainakh people of the North Caucasus, mostly known under the ancient nation of Malkh, usually regarded as the westernmost Nakh people, celebrated December 25th for this very important moment in astronomy. Their name has a Nakh root (Malkh, the sun, attached to the main God, Deela's name as well.

The Malkh festival honored their primary god Deela’s birth/rebirth at the time of the winter solstice, which in their culture was marked as an official return on December 25th. During the ceremonies suppliants turned to the east. Also in Nakh architecture temples and house façades were directed to east. Nakh people believed that Sun went to visit her mother Aza at the summer and winter solstices. The journey took her six months to complete. Nakh people used fylfot as symbol of Deela-Malkh on their buildings and tomb-stones.
Posted by A Southern Horror Fan