“R.I.P.D.” is a film adaptation of the graphic novel series and features Ryan Reynolds along with Jeff Bridges, Kevin Bacon, Mary-Louise Parker, Stephanie Szostak, Marisa Miller. The movie is directed by Peter Schwentke and hits theatres July 19th. Check out the digital version of the movie poster that was revealed at this years CinemaCon below.

A recently slain cop joins a team of undead police officers working for the Rest in Peace Department and tries to find the man who murdered him. 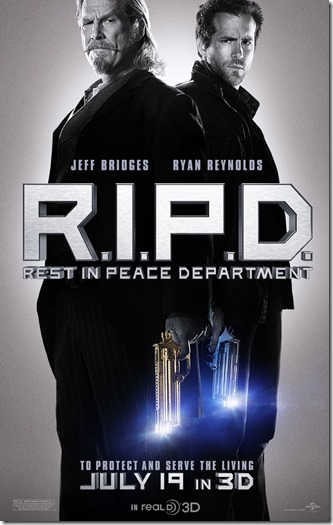