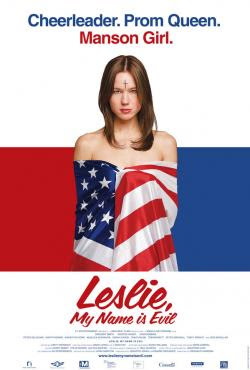 Legendary gay American filmmaker John Waters has expressed his displeasure over the creation and release of the low-budget Canadian feature Leslie, My Name Is Evil, which opens this Friday. The film depicts one of the Manson trials in an entirely unrealistic style and, in particular, focuses on the infatuation one juror had with Leslie Van Houten, one of Manson's followers who was charged with murder. Waters has recently been on a campaign to see Van Houten, now 61 and still incarcerated in a California prison, paroled. In an email response to Xtra, Waters wrote, "Both myself and Leslie were horrified this movie was made, and I will never be able to watch it no matter what the intent."