Dayton, Ohio metalcore outfit, The Devil Wears Prada, are releasing a new EP called Zombie next week, for which they’ve generated this rad promo clip that Liisa Ladouceur sent through this morning: 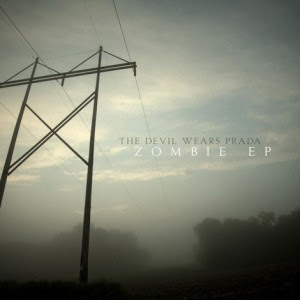 “The whole thing is just completely based upon zombies,” explained TDWP’s front man Mike Hranica. “Last fall, I was on a real zombie kick, I read The Zombie Survival Guide by Max Brooks, and I thought, ‘what if we made a zombie song?’ All it took was me just saying that to the band, and we had our hearts set on doing this EP.” The 5-song album (available from Ferret Music on August 24) includes the track “Survivor” – which follows the plight of a man who loses his beloved to the undead – “Outnumbered,” “Escape,” “Revive” and “Anatomy.”
Posted by A Southern Horror Fan