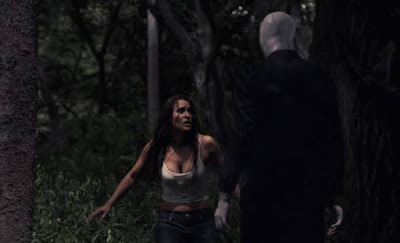 The film, based on an original script by the SFX master, will hit the big screen at the Cannes Film Festival, playing to market attendees on May 20.The film will then hit theaters in Pham’s hometown Austin, Texas screening from May 26 throughout June.


After the death of her mother, an estranged daughter struggles to save her brother, and those around her from a malevolent faceless spirit.


iuviT Media, who is representing Flay at Cannes, is a Sales Boutique whose objective is the selection and sales of quality films, series, and documentaries from all over the world.
Posted by A Southern Horror Fan