New Poster And Clip Released For Critically Acclaimed "Starfish" Ahead Of May Release Date. 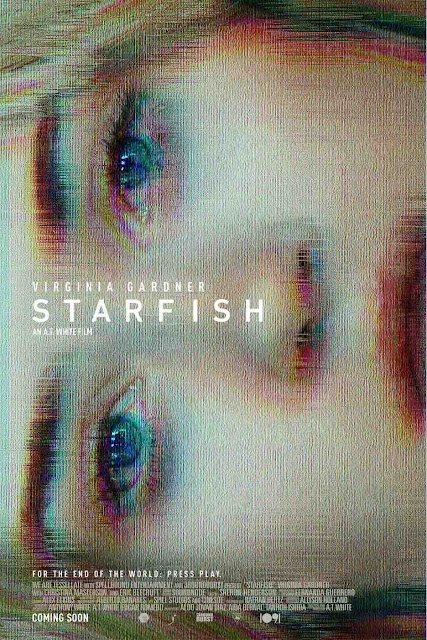 Arriving on VOD May 28th in the US, Canada, UK, Australia and New Zealand

When a mysterious signal from an unknown dimension summons the end of days, it appears as if only Aubrey (Virginia Gardner) is left on earth. Trapped in the apartment of her recently deceased best friend, the only clue she has is a single cassette left behind after her friend’s death, labeled: “THIS MIXTAPE WILL SAVE THE WORLD.”