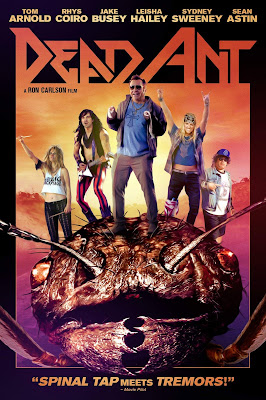 When the '80s one-hit-wonder glam-metal band Sonic Grave embarks on a road trip to Coachella in hopes of a comeback, their peyote trip pit stop in Joshua Tree incites a grisly attack, and they must "rock" themselves out of harm's way.