New Chilling Trailer For A24's "The Hole In The Ground" 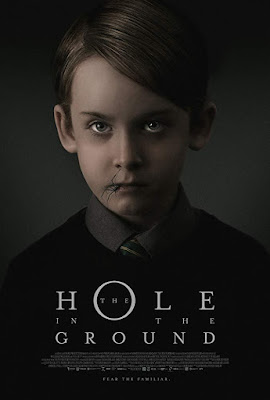 A new, more chilling, trailer has been released for A24's "The Hole In The Ground". The film is directed by Lee Cronin from a script he co-wrote with Stephen Shields; the film stars Seána Kerslake, James Quinn Markey, and Simone Kirby. DirectTV subscribers gain access to the film January 31st with the rest of viewers getting a chance in limited theaters and select VOD platforms on March 1st.

Sarah and her young son Chris move to a new home in the Irish countryside, next to a forest that hides an enormous sinkhole. One night, Chris vanishes, and when he reappears he seems unharmed and unchanged. But, as his behavior grows increasingly disturbing, Sarah begins to fear that the boy who has returned may not be her son at all.