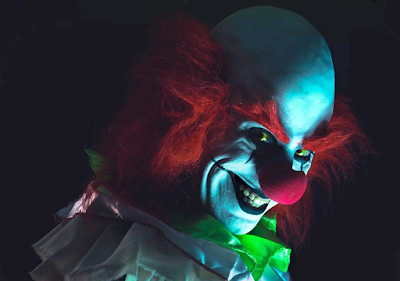 Trailer released for upcoming killer clown fusion horror. The film blends the creepy iconic nightmare figure with modern natural disaster horror of tornado terror. Not only is this some pretty clever click bait, it is intriguing as well!

"Clownado" is directed by Todd Sheets and stars Linnea Quigley (Night of the Demons), Eileen Dietz (The Exorcist), Joel D. Wynkoop (Wicked Games) and Jeanne Silver (House of Sin). The film has been making rounds at film festivals. Check out the previous trailer here: http://asouthernlifeinscandaloustimes.blogspot.com/2018/09/trailer-released-for-clownado.html