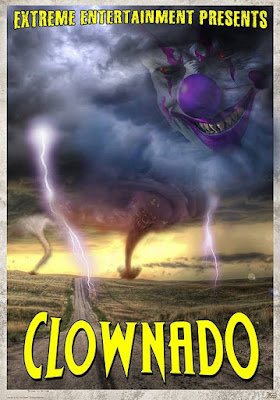 Check out the trailer for Todd Sheets "Clownado". The film does with killer clowns what "Sharknado" did for killer sharks. Puts them in a tornado and sets it loose on the masses. "Clownado" features Linnea Quigley (Night of the Demons), Eileen Dietz (The Exorcist), Joel D. Wynkoop (Wicked Games) and Jeanne Silver (House of Sin).