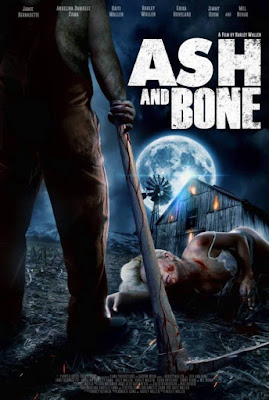 Check out the new poster released for upcoming horror "Ash And Bone" (above). The film is directed by Harley Wallen and scripted by Bret Miller. It stars Jamie Bernadette (I Spit on Your Grave: Deja Vu) and Mel Novak (Bruce Lee’s Game of Death), Calhoun Koenig (Law & Order SVU) and Shane Hagedorn (Wild Faith).

The film follows a rebellious teen named Cassie Vanderbilt (Angelina Danielle Cama), whose wild streak escalates as her caring father Lucas (Harley Wallen) decides to take her and his new wife Sarah (Kaiti Wallen) out of the city for some bonding and quality time together. But after Cassie crosses the infamous McKinley family (Jimmy Doom and Erika Hoveland), it becomes clear that sometimes danger lies hidden in the weeds, ready to strike at any moment.
Posted by A Southern Horror Fan No comments: Links to this post 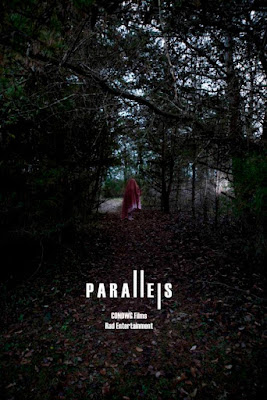 CONDWG Films out of Tennessee and RAD Entertainment out of Indiana have partnered to bring something special to horror fans. The two will soon begin production on their first official feature film, "Parallels". It’s the beginning of the partnership between the two studios.

RAD Entertainment is made up of Tony Walters and Rebekah Erb while CONDWG Films is made up of Daniel Goad and Constance Medrano. Between the four of them they have worked on over 10 film projects.

Parallels follows two Monster-Hunters, Patrick and Albert, trying to save a woman who is possessed with a wicked entity. These money-for-hire Monster-Hunters are part of a larger collection of people tasked with keeping the world safe from things that go “bump in the night.” This next job is personal as the woman possessed his Patrick’s niece, Amelia, and they have to save her before it’s too late for everyone.

The Indiegogo for Parallels Launches January 31st.
Posted by A Southern Horror Fan No comments: Links to this post

"Ouija Shark", Taking A Bite Out Of VOD And DVD This May 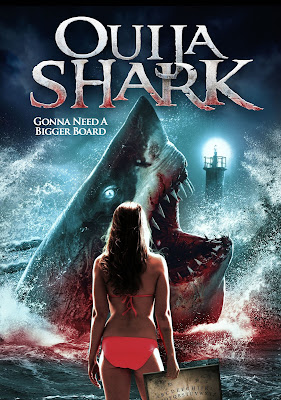 We’re gonna need a bigger board. From Wild Eye Pictures and director Scott Patrick comes Ouija Shark, taking a bite out of VOD and DVD this May. A group of teenage girls summon an ancient man-eating shark after messing with a spirit board that washes up on the beach. An occult specialist must enter the shark's realm to rid this world of the deadly spirit ghost once and for all. John Migliore, Robin Hodge, Christina Roman and Zoe Towne star in a new film from the distributor that brought you The Velocipastor! 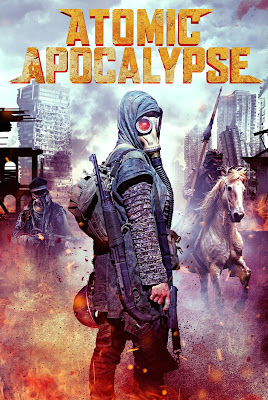 Described by critics as both an “absolute joy” (CNN) and “eccentric & effervescent” (Projected Figures), the electrifying film is set a post-apocalyptic world where a woman fights to survive and be reunited with her family. 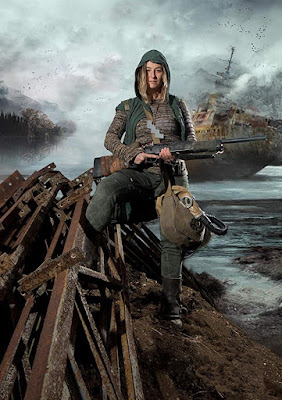 Welcome to the future - two years from now after the nuclear apocalypse that changed life as we know it. Black Flowers is a sci-fi road trip of epic proportions with a female super hero. Without gasoline, electricity, or communications, humanity is devolving into a barbarous society of hunting and pillaging. In this hellish landscape, one family fights for survival. Superhero Mother, Kate (Krista DeMille) loses her injured survivalist husband Sam (Ron Roggé) and lovestruck daughter Suzi (Andrea Sweeney Blanco) in a matter of days after they join handsome loner Joe (Jesus Lloveras) in search of a rumored hidden nuclear bunker full of food and medicine. Suddenly alone, lost in the chemical clouds and pursued by murderous scavengers, Kate fights to stay alive and reunite with her family. Joining Kate in her desperate bid to build a better world for her daughter are the kind yet doomed souls she meets along the way. Like humans, black flowers can kill or they can heal. Things are often not as they seem. 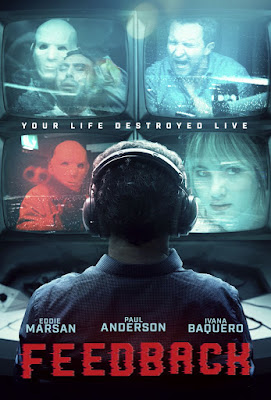 A new take on the home invasion movie follows Dolan Jarvis, the host of a successful late-night radio show, whose whole life changes after armed men burst into the studio and take him and his entire show hostage, forcing them to read from a prefabricated script and exposing a scandal that could destroy Jarvis’ life. 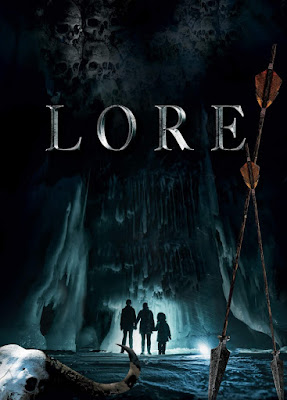 A young man goes missing in the nearby woods. The search-and-rescue team encounters an ancient evil, in these backwoods.

"For years we have transgressed on Native American burial sites now something mythological is fighting back..."

Lore Official Trailer from Indican Pictures on Vimeo.
Posted by A Southern Horror Fan No comments: Links to this post

"Disappearance At Clifton Hill" To Be Released This February 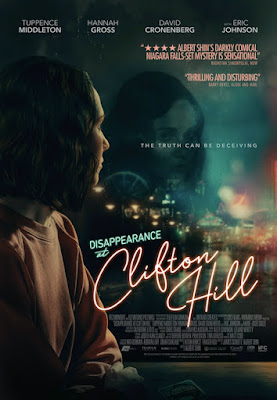 Psychological Thriller "Disappearance At Clifton Hill" set to be released digitally and in limited theatrical release this February. The film is directed by Albert Shin and stars Tuppence Middleton, Hannah Gross, Marie-Josée Croze, Eric Johnson and David Cronenberg. It is due out February 28th.

The film is a mystery thriller, involving a woman returning to her home town. Back in Niagara Falls, Abby must confront something from her childhood, an abduction of a young boy.