Press Release:
Veteren Hammer actors Madeline Smith and John Carson have been confirmed to take part in the new documentary HAMMER HORROR: THE WARNER BROS YEARS, to be produced and directed by film historian Marcus Hearn. 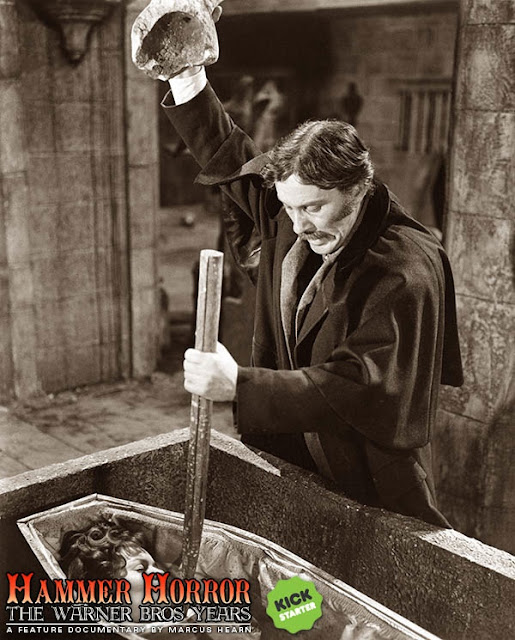 JOHN CARSON
John Carson has a long history with Hammer Horror. He is one of the co-stars of Taste the Blood of Dracula. He also appeared in the Plague of the Zombies and Captain Kronos Vampire Hunter. 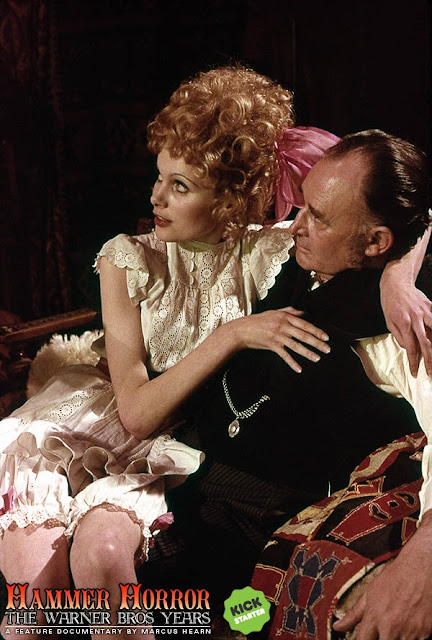 MADELINE SMITH
Although Madeline Smith's role for this film was short lived she still had a pinnacle part to play. Appearing in a single scene where Hargood, Paxton and Secker visit a high-class brothel, Madeline plays prostitute Dolly. The scene is initially light-hearted, containing a flirtatious exotic dance with a stripper who wields a live snake. But things take a downward slope as Lord Courtley barges in to steal one of the girls; that girl being Madeline, although we do not get to see what fate befalls her.
Speaking in Hammer Films: The Elstree Studio Years (Kinsey 2007) on the role Madeline says…'I had to ride on the back of Geoffrey Keen. He's a very serious man, but I got to know him much better later on when I worked with him on TV. I was dressed in this little white outfit, and it was meant to be a brothel. Of course, I did not know what a brothel was and what this woman was doing with a snake'… in the same text actor, John Carson who also appeared in the scene outlines how Madeline certainly made an impression… ‘Geoffrey Keen who is a touch portly in physique and somewhat short in temper, was given a sweet girl dressed like a painted doll. There was Geoffrey on all fours with this girl astride him. He was shouting crossly, "take the weight on your feet girl!."


Although Madeline enjoys very little screen time she does manage to portray a sense of wide-eyed innocence in the part, and her presence stands out among the crowd of beautiful women. She was soon to be invited back again; this time to take the role she became known all over the world for, Emma Morton in The Vampire Lovers.​
Posted by A Southern Horror Fan