Promo Tease For Official "Deadpool" Trailer Is Aiming For Your Ass! 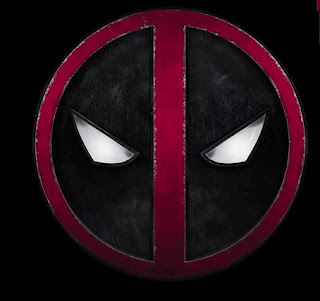 Check out the latest for "Deadpool" which is aiming to damage some ass with the official trailer release. This film just gets me more amp'd. "Deadpool" has chosen to forego the more kid friendly comic book film fan, instead hitting a more adult R-rated fan. Which really is one of the things that will make this film a success. The comic con trailer leak set the web on fire with excitement. "Deadpool" doesn't land till 2016. Are we there yet?

Based upon Marvel Comics’ most unconventional anti-hero, DEADPOOL tells the origin story of former Special Forces operative turned mercenary Wade Wilson, who after being subjected to a rogue experiment that leaves him with accelerated healing powers, adopts the alter ego Deadpool. Armed with his new abilities and a dark, twisted sense of humor, Deadpool hunts down the man who nearly destroyed his life.

When you're stuck in a day
that's gray, and lonely...Just stick out your chin, and grin,and say...everything looks sexier in red.