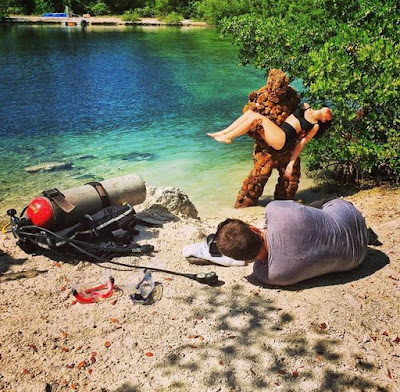 Crowd funding has kicked off for indie b-movie "The Curse Of The Spongeman", inspired by the Spongeman statue in Key West and adapted from the short film of the same name. "TCOTS" is directed by Quincy Perkins, a native of Key West, and tells the story of the elusive Spongeman, a creature formed from the debris of washed up spongebeds during the hurricane of the 1920's.

The campaign is taking place over on Kickstarter.com. You can also check out the 8 minute short film "The Curse Of The Spongeman". This one is totally retro and calls back to those classic Hollywood sci-fi, creature features that we all love and watched on late night television shows like Svengoolie.

The Curse of the Spongeman from White Orchid Studios on Vimeo.