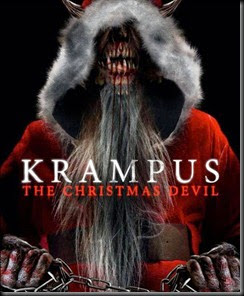 A release date has been announced for Jason Hull’s “Krampus: The Christmas Devil”. The film will be released ahead of the Christmas season on November 25th, 2015. “Krampus” is a yuletide tale of terror featuring an ancient creature whose purpose is to punish the naughty children from Santa’s list.

Krampus: The Christmas Devil is based on actual mythology dating back to 17th century Alpine/Eastern European lore. Krampus is Saint Nick’s evil brother. However, unlike St. Nick, Krampus brings wrath on children who misbehave. This story follows the life of Jeremy, who escapes the monster as a child, and grows up to become a police officer working to find missing children, only to stumble upon the monster again as an adult. Jeremy learns that the monster is after his daughter, but the plot thickens as Bill Oberst’s character, Brian Hatt, is recently released from prison and is now set on revenge with Jeremy.