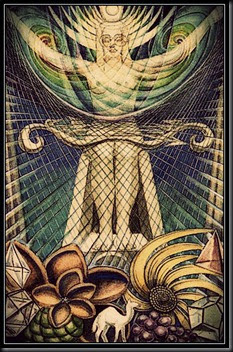 Isis is a goddess from the Egyptian Pantheon who is about as old as the history of Egypt itself. She is a goddess of all things, known as the goddess of 10,000 names.  Throughout history She has been worshipped by thousands of people all over the globe.  She has appeared to many of her followers-answering their prayers, requests, and questions.

The Festival known as the Lights of Isis marks the time when the days begin to become shorter, and Isis, being very clever and an able woman, continued to search for the pieces of her husband’s body by torchlight. Isis has been worshipped in thousands of countries by thousands of names by thousands of people since the spread of Her worship from Egypt during the Greco-Roman times.  In DeTraci Regula's book Mysteries of Isis, she lists some of the followers found inscribed on temple walls.

Isis receives the same sort of rituals as other Egyptian Deities, including daily offerings. Isis is powerful in the ways of magic, having the ability to create and destroy life with mere words. The best way to tap into Isis’ influence and guidence is produced by words of power, they must be uttered in a certain tone, and at a certain rate, and at a certain time of the day or night, with appropriate gestures or ceremonies. Only when these conditions have been met can true magic occur.