DVD Art And Release Details For “The Invoking”

Check out the official poster for “The Invoking” . The supernatural horror is the first feature film from The October People and directed by Jeremy Berg. The film stars Trin Miller, Brandon Anthony, Andi Norris, Josh Truax and D'Angelo Midili. “The Invoking” hits DVD on February 18th 2014. Also check out the trailer if you haven’t already.

After inheriting a house from the family she never knew, Samantha Harris (Trin Miller) and three friends head to rural Sader Ridge to inspect the property. Soon after arriving, Sam begins to experience horrific visions of savage brutality and unspeakable evil. Plagued by the sinister forces closing in around her, Sam descends into a waking nightmare when the demons from her past refuse to stay buried any longer. 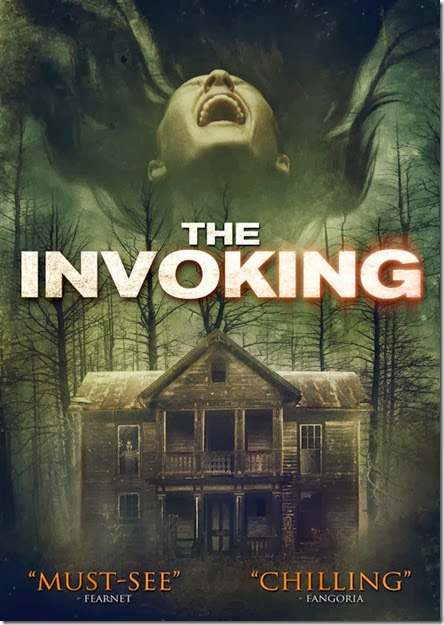