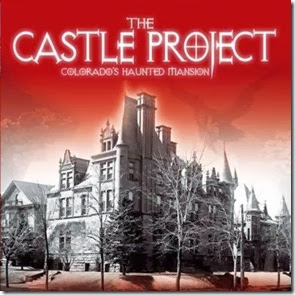 Raw Documentary’s “The Castle Project” was released on October the 1st through VOD and DVD. The film is an in-depth exploration of Colorado’s Croke-Patterson mansion in Denver. Directed by Brian Higgins, the film documents the long paranormal history associated with the castle. Check out the trailer below.

The Castle Project is a gripping feature length documentary exploring the hauntings, history and renovation of the historic Croke Patterson Mansion in Denver, Colorado. The castle’s 120 year history and folklore is filled with tragedy, suicides and stories of guard dogs jumping out of third floor windows to escape what could be a demonic presence. There have been an uncanny number of deaths in the house over the years including a documented suicide. Not only is it believed to be haunted but also said to be one of the best locations in the U.S. for paranormal encounters. The daunting exterior has propagated folklore with stories about a satanic caretaker, a buried baby, and spirits that keep the building from being inhabited.

As Brian and his team tackle the intimidating task of renovating the historic mansion, the workers begin to report supernatural occurrences, from sightings of apparitions, whispering voices and peculiar odors. When members of the team start to fall ill, and an unexplained fire threatens the projects completion, Brian begins to question the true nature of the castle and the meaning behind these strange events.

Brian turns to the most famous poet in history for answers, Dante Alighieri and Dante's Inferno. What he uncovers is unexpected and may hold the answer to the one question that we all are seeking.