“Children Of A Darker Dawn A.K.A. Railway Children” Gets U.S. Distribution 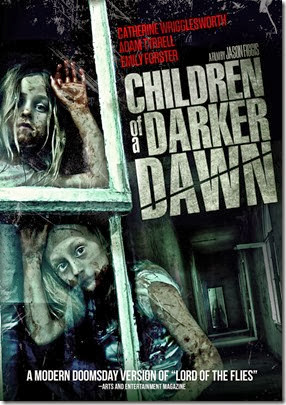 Jason Figgis’ critically acclaimed indie film “Children Of A Darker Dawn a.k.a. Railway Children” has gained a U.S. distribution deal thanks to MVD Visual Entertainment. The film stars Emily Forster, Jennifer Graham, Anna Elizabeth McGrath and Figgis made quite the impression on fans while promoting the film at festivals. “Children Of A Darker Dawn” hits DVD shelves on December 17th 2013.

The world has been devastated by a virus that has decimated the adult population leaving small children and teenagers to roam the scarred landscape. Sisters Evie and Fran have been travelling from town to town. Reading chapters from E. Nesbit's classic children's story 'The Railway Children'in an attempt to bring a sense of normality to their bleak existence.